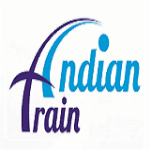 RAC means Reservation against Cancellation. If you have a RAC ticket, then your travel with a train is guaranteed but you will be given a seat (half of a side lower berth mostly) to sit and travel not an entire berth.

RLWL Remote Location Waiting List ticket is issued for the stations between the originating and terminating stations.

CNF stands for "Confirmed". The PNR status of the train ticket that shows CNF means that the seats are confirmed.

CNF means your seat is Confirmed

RAC is Reservation Against Cancellation. RAC means that you will get a seat but you will have to share it with someone else. There are chances that your RAC ticket can get converted into a confirmed ticket.

GNWL is General Waiting List. Waitlisted tickets are issued when all the seats are filled and the passenger begins his/her journey at the originating station of a route or stations close to the originating station. This is the most common type of waiting list and has got the highest chances of confirmation. It gets automatically canceled on chart preparation & Refund will be automatically credited to Bank Account in 3 to 7 days.

RLWL is  Remote Location Waiting List. This ticket is issued for intermediate stations between the originating and terminating stations as these are the most important towns or cities on that particular route.