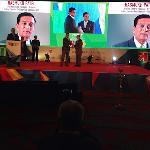 Diplomatic Passport - Indian diplomats and senior government officials. This is for Government officials and diplomats who are travelling to foreign countries for work. Diplomatic passports are for any Government representative planning a foreign trip except those having a white passport. Indian diplomats and senior government officials use this passport during foreign tours where they represent India.  Among the extensive range of perks available for maroon passport holders, a visa-free travel facility (for travelling abroad) is the most useful one. No matter how long they decide to stay in a foreign country, they will not need a visa for foreign trips. Further, they can enjoy a faster immigration process with this passport. On top of that, immigration is easier for people with these types of Indian passports than general passport holders.

Orange Passport - Individuals who have not studied beyond class 10.  The Government launched orange-coloured passports back in 2018, which will not contain the address page. These types of passports are designed mainly for people not having education beyond class 10. These people fall  under the ECR category. Individuals who have not studied beyond class 10 can use this passport for flying abroad. The main purpose of introducing a different type of passport was to ensure uneducated citizens' safety when travelling abroad. With this system, the ECR verification and emigration procedure will be faster as well.

Ordinary Passport (Dark Blue) is issued to ordinary citizens for ordinary travel, such as for vacation, study and business trips (36 or 60 pages). It is a "Type P" passport, where P stands for Personal.

Official Passport (White cover) is issued to individuals representing the Indian government on official business. It is a "Type S" passport, S stands for Service.

In addition, selected passport offices in India as well as overseas missions were authorised to issue regular Indo-Bangladesh passports and Indo-Sri Lankan passports to Indian nationals resident in West Bengal, the North-Eastern States, Tamil Nadu and Puducherry. These two passports respectively permitted travel to Bangladesh and Sri Lanka only and were not valid for travel to other foreign countries. India stopped issuing the Indo-Bangladeshi passport in 2013.

Ministry of Electronics & IT (MeitY)
More