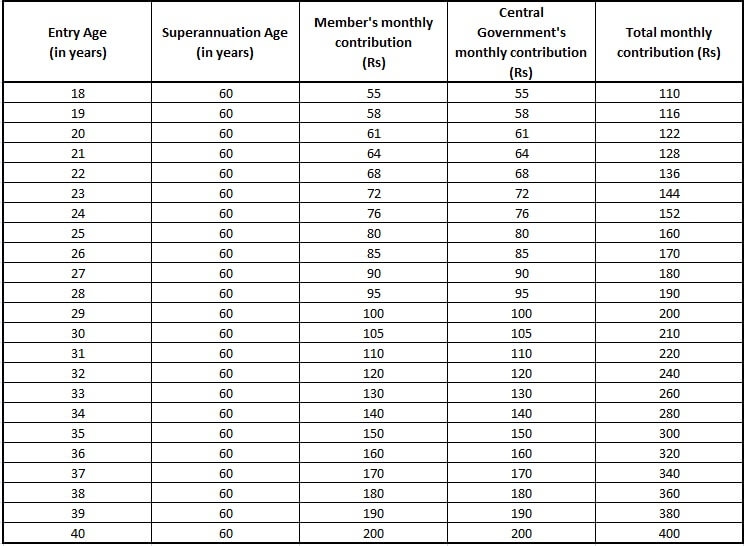 Under the scheme, CSC-SPV has been chosen as enrolment agency. CSC-SPV through its over 3.50 lakh common service centres across the country will enrol the beneficiary under the scheme. For each successful enrolment, Government will pay to CSC-SPV Rupees Thirty/- (or as agreed from time to time) as enrolment charge. Common Service Centre (CSC) shall not charge any money from the beneficiaries.

The exit provisions and benefits thereunder, of this Scheme are as under, namely:-

If an eligible subscriber has given regular contributions and become permanently disabled due to any cause before attaining his age of sixty years, and is unable to continue to contribute under this Scheme, his spouse shall be entitled to continue with the Scheme subsequently by payment of regular contribution as applicable or exit the Scheme by receiving the share of contribution deposited by such subscriber, with interest as actually earned thereon by the Pension Fund, or the interest at the savings bank interest rate thereon, whichever is higher.