Pradhan Mantri Garib Kalyan Yojana (PMGKY) provides an opportunity to declare unaccounted wealth and black money in a confidential manner and avoid prosecution after paying a fine of 50% on the undisclosed income. An additional 25% of the undisclosed income is invested in the scheme which can be refunded after four years, without any interest. 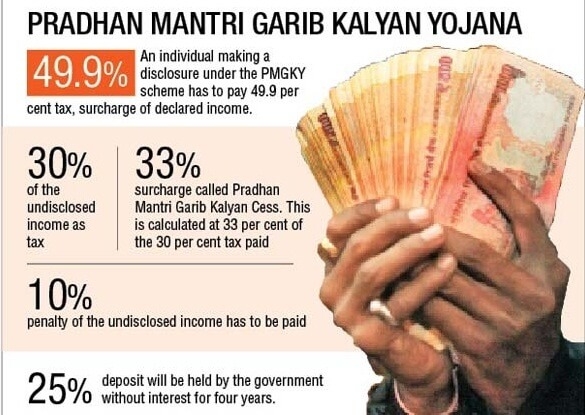