Who are eligible for Ayushman Bharat Scheme ?

For Ayushman Bharat Scheme, there is no registration required. 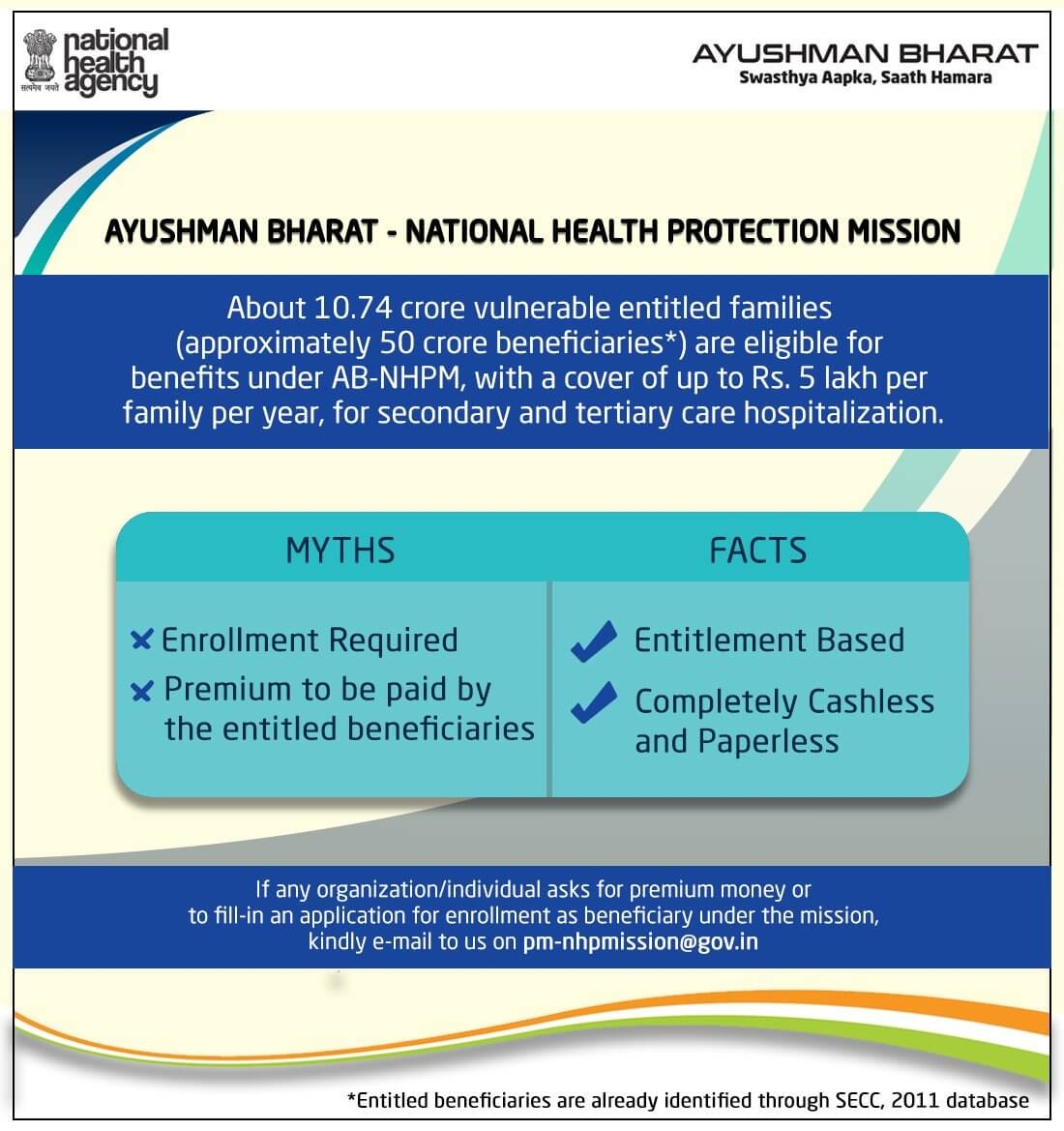 Ayushman Bharat scheme will target poor, deprived rural families and identified occupational category of urban workers’ families as per the latest Socio-Economic Caste Census (SECC) 2011 data, both rural and urban. Additionally, all such enrolled families under Rashtriya Swasthaya Bima Yojana (RSBY) that do not feature in the targeted groups as per SECC data will be included as well.

The categories in rural and urban that will be covered under PMJAY are given as follows:

Total deprived Households targeted for PMRSSM who belong to one of the six deprivation criteria amongst D1, D2, D3, D4, D5 and D7:

As per the SECC 2011, the following beneficiaries are automatically excluded:

You can check whether you are eligible for Ayushman Bharat Yojana from the video below.