Home |Voter ID | How to register as a Service Voter ?

How to register as a Service Voter ?

You are a Service Voter if You are

Wife of a Service Voter, if she is ordinarily residing with him, shall also be eligible to be enrolled in the part meant for Service Voters in the constituency concerned. This facility is not available to the husband of a female service voter under the existing law.

After Announcement of Elections 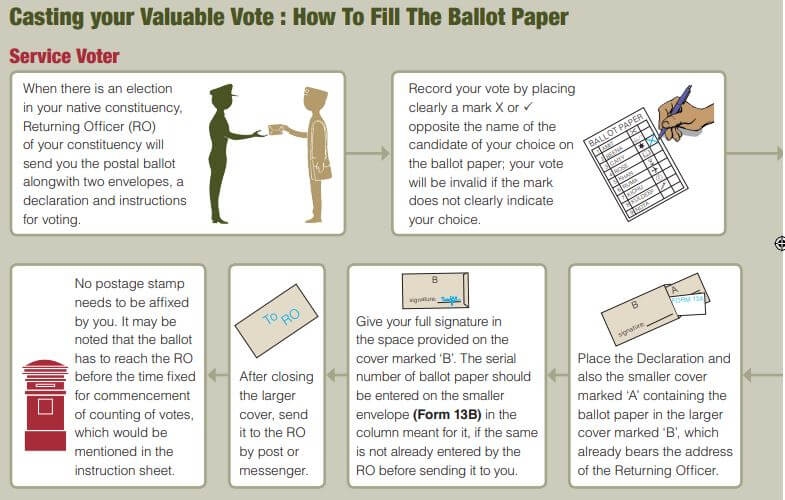 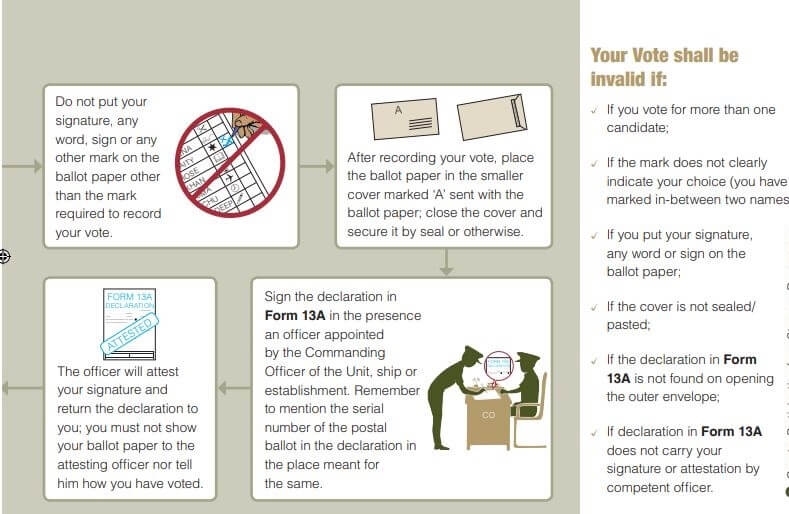 To reduce the transit time for sending a postal ballot, ECI has now introduced ETPB whereby the postal ballot is sent electronically to the Service Voter. When there is an election announced, the Returning Officer of the concerned constituency sends the ballot electronically to the Service Voter with the voters’ details already filled in. A One Time Password (OTP) is also provided to enable the voter to download the ETPB. Along with ETPB, the Service Voter gets the declarations form (Form 13A), Form 13B and Form 13C. The ETPB has to be filled up in the same manner as the conventional postal ballot and sent by post back to the Returning Officer. 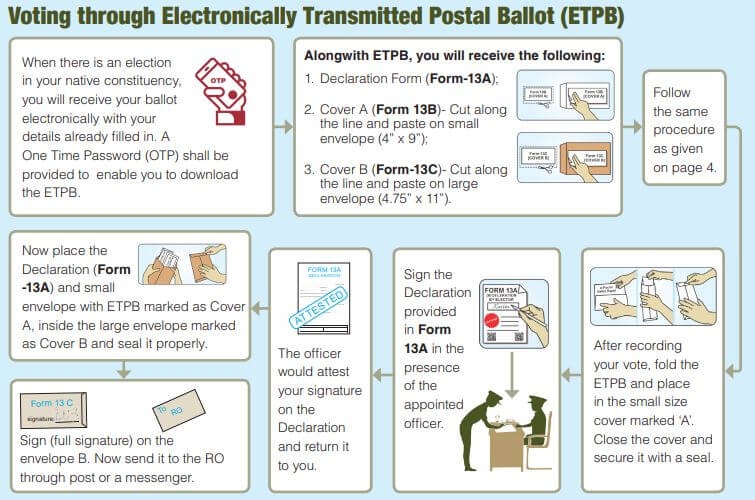 Once you are registered as a Service Voter, you (if you are serving in armed forces or in a force to which Army Act applies) can opt for voting through Proxy as a Classified Service Voter, meaning, you can nominate somebody to vote in your place.

A Voter ID Card, also known as the Electors Photo Identity Card (EPIC) is a photo identity card that is issued by the Election Commission of India to all the citizens of India above the age ..
Learn More
Guide

Elections will be held in India every 5 years. In this guide, we will brief you on how to vote for elections in India. Eligibility Following people are eligible to cast their vote. Fo..
Learn More