The government of Andhra Pradesh has announced YSR Rythu Bharosa Scheme to support the poor and marginal farmers in the state. Rhytu Bharosa Scheme provides financial assistance of INR 13,500 per farmer family per year to support the cultivators in meeting the investment during the crop season to enable them to timely sourcing of quality inputs and services for higher crop productivity.

All farmers (including tenant farmers) will get INR 13,500 a year as an incentive or input subsidy before the sowing (Rabi and Kharif) seasons begin.

The following categories of beneficiaries of higher economic status shall not be eligible for benefit under the scheme:

Follow the below steps to check the payment status online. 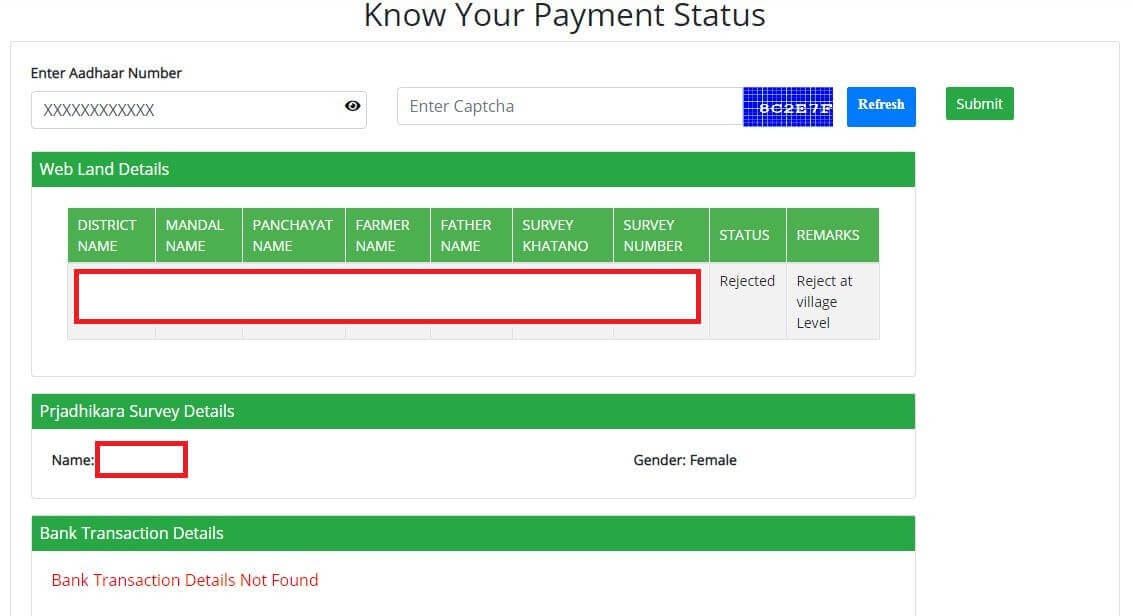 You can check this video for checking the payment status of the YSR Rythu Bharosa scheme.

Government officials of your State will include you in the scheme based on whether your name appears in the land ownership records or not.

The responsibility of identifying the landholder farmer family eligible for benefit under the scheme shall be of the State/UT Government. The existing land-ownership record in the concerned States/UTs will be used for the identification of beneficiaries. Those whose names appear in land records as of 01.02.2019 shall be eligible for the benefit. If a Landholder Farmer Family (LFF) has land parcels spread across different village/revenue records, then the land will be pooled for determining the benefit.

The details of farmers are being maintained by the States/UTs either in electronic form or in manual register. Further, State/UT Governments would also expedite the progress of digitization of the land records and link the same with Aadhaar as well as bank details of the beneficiaries.